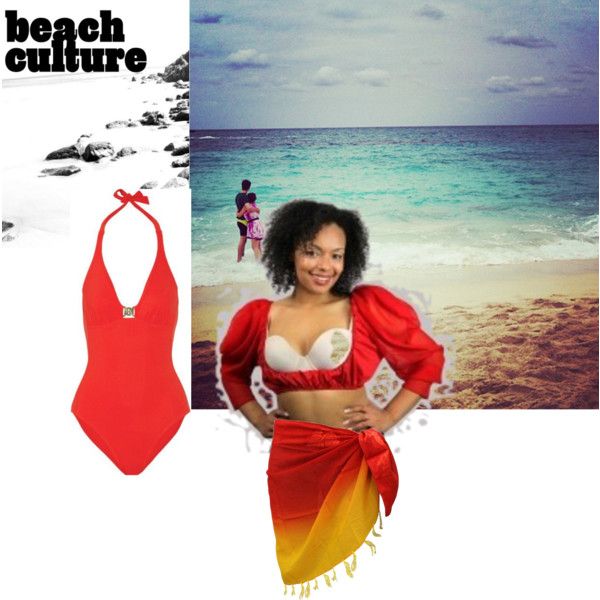 We’re all primed and ready for this weekend’s heat wave (followed by the obligatory thunder storms, good luck with that, anyone who’s going to Latitude this weekend) and according to Grazia and other esteemed fashion Bibles, the trend this year is for all in one swim suits – some say the 90s high cut look is back in, so if you have ambitions to run down Brighton beach and pretend you’re Pamela Anderson circa 1992, be warned that the Daily Mail ALWAYS photograph Brighton beach when there’s a bit of hot weather.

All in one swim suits are perfect for holidays and just hanging out in the back garden with a Pimms or two, because they are so easily dressed up or down according to the weather, the time of day or wherever you want to be wearing yours.

Long sleeved swimsuits are also a ‘thing’ according to those in the know in the fashion world; if you invest in something like this long sleeved striped effort from Parasol it will set you back over £100 though, so a cheaper and more versatile option is definitely a good idea. Long sleeved swimsuits are really for summer arm coverage when you’re lazing on the beach and avoiding sunburn, rather than actually going for a dip in the sea, though, unless you’re covering up for modesty reasons of course.

If you’re determined to cover up your arms, you could always take a cardi to the beach and cover yourself up that way. Cardigans can get a wee bit warm though, so I reckon the better option would be to roll up a pair of matching or contrasting Wingz and take them with you. They are so easy to pop on under a swim suit and give your arms coverage from the heat of the sun, or cover you up if you need to pop out to the shops but don’t want to take your costume off. Just slip on a sarong and a pair of Wingz and you’ll be good to go, and you can whip them both off again when you get back to the pool, beach or garden.

You could match a funky red pair with your Pammie swimsuit (plus a sarong for hitting the bar in later)  and nail three trends in one fell swoop, like this.

Whether you want to take a pair to the beach, cover up in the heat or add a touch of  Je ne sais quoi to a summer dress, you can still win a pair of Wingz by commenting on last week’s blog post and telling us which Wingz are your favourites, and where you would wear them…