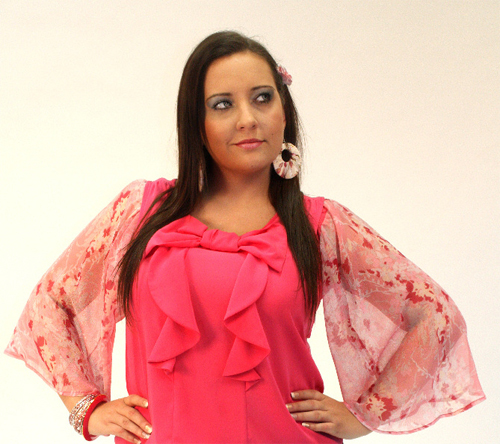 Sam Cam’s Sleeveless Slip Up – Dressing for the Occasion

We women can’t do right for doing wrong when it comes to what we wear. Sleeveless dresses are tut-tutted over by ‘etiquette experts’. Fashion slip ups are paraded all over the media if you’re a celebrity, and if you’re not sporting side-boob, flaunting a toned tum or shapely pins, you’re exposing flabby tummy, bingo wings or arms that should have been covered.

Samantha Cameron fell foul of the fashion police when she wore a lovely sleeveless LK Bennett dress to the Queen’s 90th birthday celebration at St Paul’s Cathedral. She dared to go into a Cathedral with bare arms! Horrors!

Sam Cam and her bare arms

I won’t tell you what I did when I visited Canterbury Cathedral. It had nothing to do with what I was wearing and everything to do with my male companion trying to make me laugh at a very inappropriate time. But, I digress.

The rules of getting dressed up are complicated and ever-changing. Event dressing is a complete minefield, for a start. We all know that Ladie’s Day at Ascot is terribly formal. But since it’s been more affordable and accessible, some of the strict rules and dress codes have gone from  SOME the main enclosures.

The general dress code at Royal Ascot is ‘no tracksuits and replica sports kits’ but apart from that anything goes. If you’re in an upmarket enclosure, it’s much more complicated. The dress code in the Royal Enclosure is now so strict that since 2012 the event has employed actual fashion police to make sure pashminas are worn and hats are in place. I’m not making that up.

Sleeveless dresses are a complete no-no in the Royal Enclosure; absolutely NO off the shoulder, halter neck or spaghetti strap outfits get past the fashion police, and you can’t even cover up with a shrug or jacket. No sleeves – no racing.

If you’re headed to Wimbledon, there’s nothing to stop you going sleeveless or strapless (although topless might not be advisable). T-shirts are fine and even the most expensive seats are relaxed – the only thing banned is dirty trainers. I expect the players can get away with them, especially on days where ‘Rain stopped play’.

Although there’s no dress code. Wimbledon is a dream of an excuse to get dressed up. The trouble is; you’re outside. How do you know, when you’re choosing your outfit, whether we’re going to be in for another rendition of a Cliff Richard classic while we wait for the rain to stop, or sweltering in 90-degree heat, fending of sunstroke with a big hat and a vat of Pimm’s?

Of course the answer to a lot of these fashion dilemmas would be to wear a sleeveless dress and just take some Wingz along with you. Even the strictest of Ascot fashion police won’t know your Wingz aren’t part of your sleeveless dress. If it gets too hot (or cold) at Wimbledon you can slip them on to cover your arms. If you’re not sure whether you’re allowed in an event or a building with uncovered arms, a set of Wingz can be stashed in your handbag and surreptitiously slipped on whenever you need them.

It’s a fashion no-brainer. And nobody wants to get kicked out of Ascot, now do they?